Get to know ~ The 2018 Wonderful Wizards of Raw SPONSORS 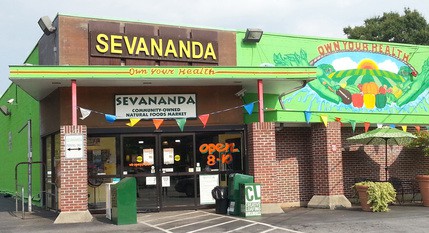 It’s been 43 years since Sevananda Natural Foods Market was founded as a co-op! Sevananda is a Sanskrit term meaning the love or bliss of service, and that’s exactly what Sevananda has been doing since October 1974.

Sevananda, Atlanta’s consumer-owned natural foods market, has provided quality whole foods and outstanding community involvement to Atlanta and surrounding cities throughout Georgia, and also provides a natural source of healthy, local, and organic foods. Sevananda has the largest selection of bulk herbs and spices in the Southeast. They also have an Organic Salad Bar and a Hot Bar and Deli. What really makes this gem in Little Five Points unique is the fact that it is a totally Vegan/Vegetarian Market! No meat is sold for human consumption! There are only three strictly vegetarian markets in the U.S. and the other two are on the West Coast.

With product sourcing policies more demanding than “regular” grocery stores, Sevananda stands above the rest. No dyes or artificial colors or additives are allowed in the food products sold. Years ago, from its inception, they were in the forefront of the healthy lifestyle movement. Today they are still leading this movement and the organic and non-GMO movements, educating customers and providing healthy choices of food and wellness products. There is a strong vibration of compassion and family. The staff is friendly and knowledgeable and happy to assist the shoppers.

Being a co-op means that Member/Owners can purchase one equity share in the business and actually have a voice in what goes on at the store by way of voting. To become a co-owner of the largest consumer-owned natural foods market in the Southeast, one full share totals $120, and can be paid in increments of $20 a year for six years. Ownership offers benefits over regular shoppers! Once a month owners get 10% off purchases and the member advantage program offers additional discounts, free entry to member events, and access to a wealth of holistic health food and products.
If you’re looking for the best in whole and natural foods, herbs, vitamins and supplements, Sevananda is the right place, selling only the highest quality whole and natural foods. Food integrity is what they live by, and what Sevananda has been all about from the beginning. Find out more about the food integrity difference at Sevananda. Welcome to a very different kind of market. Welcome to Sevananda! 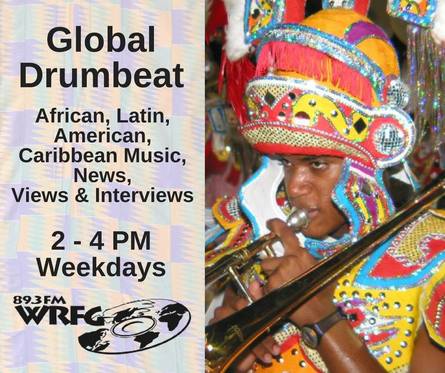 WRFG 89.3 FM Radio Free Georgia Broadcasting Foundation, Inc. provides a voice for those who have been traditionally denied open access to the broadcast media through the involvement of a broad base of community elements to guarantee that access.

In the utilization of the Foundation’s facilities and in its programs the following communities will receive first priority:

1. Those who continue to be denied free and open access to the broadcast media,

2. Those who suffer oppression or exploitation based upon class, race, sex, age, creed, sexual orientation, disability, or immigrant status.

WRFG 89.3 FM has been Atlanta’s community radio station, an independent, listener-supported, non-profit media outlet for local musicians, artists, community voices and progressive ideas for over four decades. Since going on the air in 1973, WRFG has filled a void on the Atlanta airwaves. Reflecting Atlanta’s emergence as an “international city”, it pioneered programming oriented toward the area’s growing Latin, African, Asian and Caribbean communities.

​The Creators Gift 137, Inc. (CG137) is a 501 c 3 nonprofit organization representing peace i​n action. The organization was founded to spread awareness of Peace Principles: Peace is real, and Peace resides within us at all times. They offer ​a peace principle education, serving youth and adults.  CG137’s mission is to collaborate with other educational, societal and environmental organizations to empower all people towards peace and unity through global projects. This will provide a resource bank of facilitators offering workshops and seminars, developing responsible communities for peace and non-violence.

​Established in 1999, The Creators Gift 137 began with a collaboration with Atlanta’s Fulton County Department of Family and Children Services in their Sponsor a Family program by providing a Toys for Tots; gourmet, vegetarian, Christmas/Kwanzaa celebration to underprivileged families.

The Creators Gift 137 provides options to Individuals, businesses and groups to experience keys to assist with altering our future. The opportunity is here for us to access our inner-Peace, waiting patiently, lovingly, to be acknowledged.  Our services include the Peace Poetry Project, Focus: Peace Meditation, (Choreopoem) Colored Lives, Peace presentations, and consultations. Peace is a reality that has unlimited patience and is able to wait until we are ready uncompromisingly to embrace it. Beginning with our minds, where we get to be in the world from a Peace perspective; our hearts can then freely allow our inner-peace to rise into our knowing spot without sabotage attempting to sway Peace’s path. We have a delightful opportunity to manifest Peace in our lifetime. Please; support our cause. 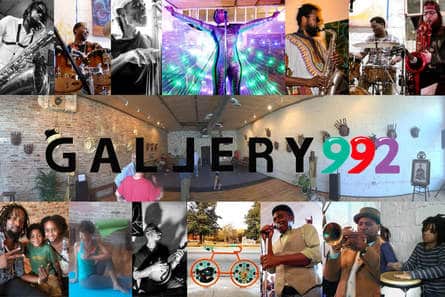 Performance. The Word on the West Side.

Keep that music playing, keep that brain thinking, keep exploration ongoing. Keep the heart beating. Four walls but no barriers. Women. Children. Men. Human Potential. “The Gallery 992 Experience” open to all and everyone in Atlanta. The Word on the West Side.

Gallery 992 is the brainchild of Grammy Award winning saxophonist and West Side native Kebbi Williams. “Gallery 992 is a place for the arts, first and foremost. Secondly, it’s for the community to blossom, thrive in goodness and it’s about education. Giving back. We want neighbors to walk to international greatness. We aim to be the most top-notch place for creativity in the universe. Spiritual culture is a big part of the West End.” Williams says.

Williams is the bandleader of the Atlanta rogue jazz ensemble The Wolfpack but also spends much of his time on the road playing high-profile gigs as an original member of the Grammy-winning Tedeschi Trucks Band. He also launched Music in the Park (MITP), the annual diverse music festival, at the turn of the decade. Gallery 992 is an evolutionary stand-alone child of the festival’s success.

“We have to expose people to these kinds of higher art experiences. Deeper and smarter art that’s more engaging for your mind and your soul. There’s a war going on. We’re going extinct. When we go extinct there ain’t going to be no more music. No more art. So we gotta go out here and fight for this.The West End is a diamond in the rough. The last best kept secret in Atlanta — maybe in America.”

Gallery 992 is ground zero. The apex. The present…the past…and the Future.